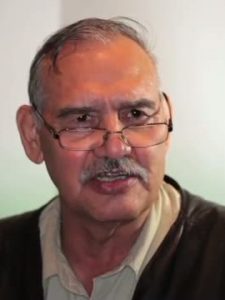 P Jerry Asp, Tahltan – is one of western Canada’s most prominent Indigenous leaders. He is committed to enhancing the quality of life for Indigenous people through the creation of new business opportunities and development of skills and capacity in the community. In addition to supporting Indigenous business development, Jerry has also applied his leadership skills to serve the public. For the first 15 years of Jerry’s working life was spent as in the mining industry as a construction worker, a diamond driller and an underground miner. He started working on the diamond drills in 1965 and worked both surface and underground. He started the Tahltan Nation Development Corporation in June 1985, to take advantage of the construction opportunities in the mining industry, and served as President and CEO until December 1993. In 1989, while he was President, the Tahltan Nation Development Corporation and the Tahltan Tribal Council jointly won the BC Environmental Award. In 1988, Jerry negotiated the first Impact and Benefits Agreement in B.C. between the owners of the Golden Bear Mine and the Tahltan Nation. TNDC has built roads into mines, built settling ponds, constructed mining operation sites, and contracted the open-pit mining in a joint venture with Grant Stewart Construction. By 1991, TNDC was the largest Native-owned and operated heavy construction company in Western Canada. He is now the Vice-president of the Canadian Aboriginal Minerals Association and works as a consultant/negotiator for Resource Developers and First Nations. He was also a member of the International Mining, Minerals and Sustainable Development Committee – North American Branch. Jerry has worked with Indigenous People on mining issues in Argentina, Australia, Canada, Chile, Columbia, Dominica, Ecuador, Guatemala, Panama, the Philippines, Peru, and the United States.